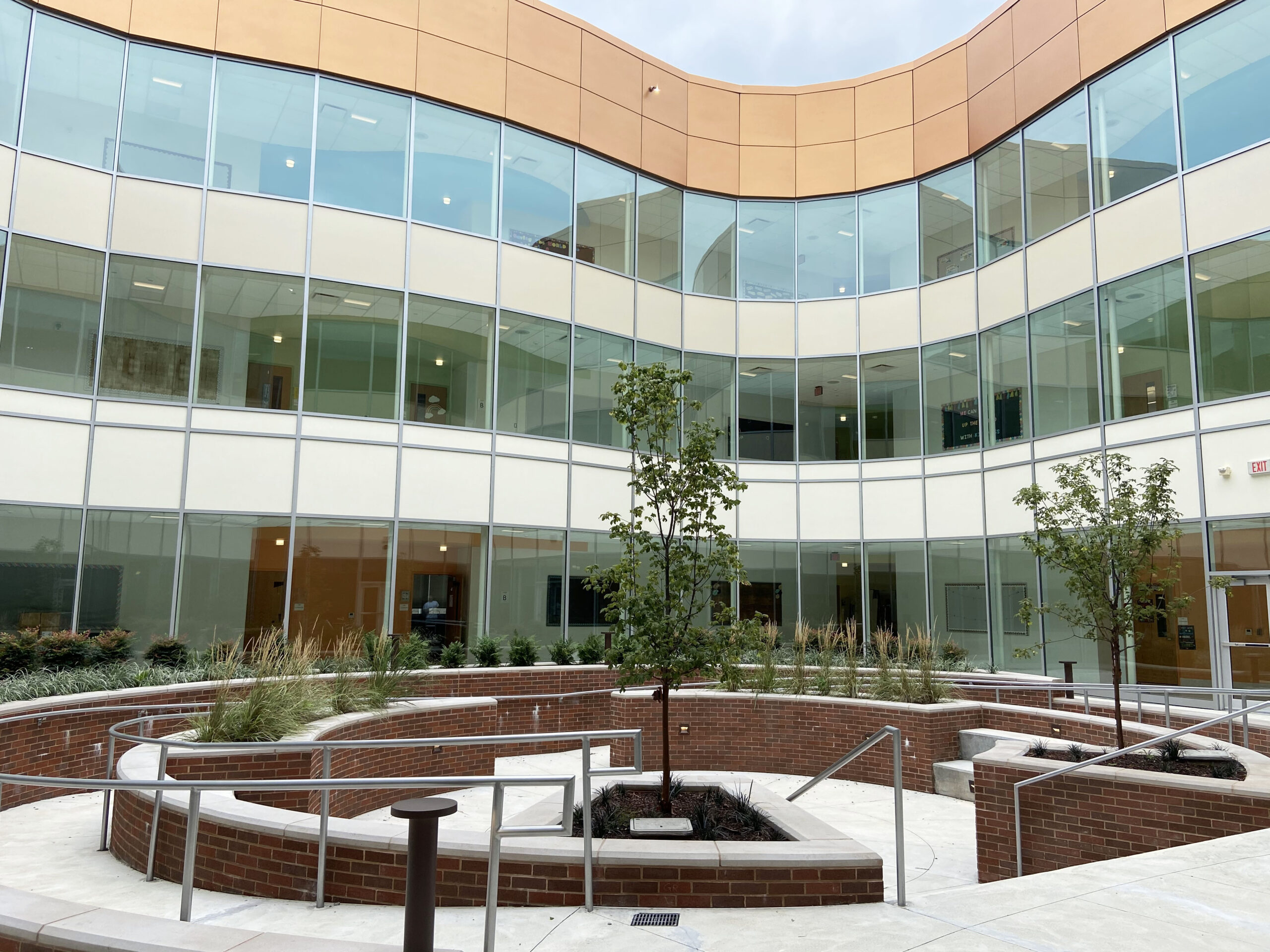 Amid this unprecedented time, when school districts are working against a constantly evolving situation to safely kick off the school year, LAN has had a singular purpose. As architects and engineers whose core market is K-12 education, we have dedicated our efforts to helping our partners in the school districts across the tri-state area come together and provide a safe re-opening for communities and the students they serve.

Whether that meant resuming virtual learning or in-person classes, LAN would like to thank administrators, board of education members, teachers, and everyone else who worked so diligently to find the right balance between public health measures and providing the highest possible standard of education for students. In that spirt, we would like to take a moment to highlight the continued efforts districts are making to improve student life with a summary of Back to School & On the Boards Projects.

The Ho-Ho-Kus School in Ho-Ho-Kus, New Jersey just finished renovating an underutilized space into a new 1,300 sf Creative Opportunity [C.O.] Lab. As the next step in STEAM education, the lab was designed to allow students to use design thinking and extend their boundaries of learning. Peer to peer collaboration is promoted through the implementation of design hubs and flexible furniture, while communication is encouraged through sketching using a wall-to-wall whiteboard space and multiple touch screen displays. 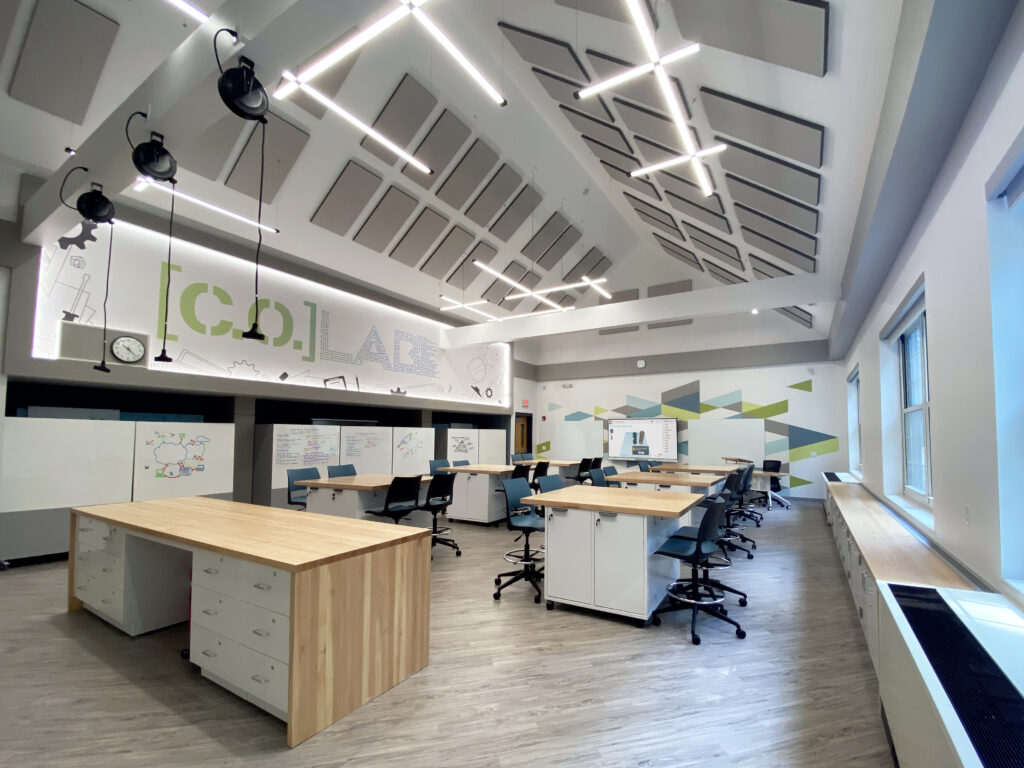 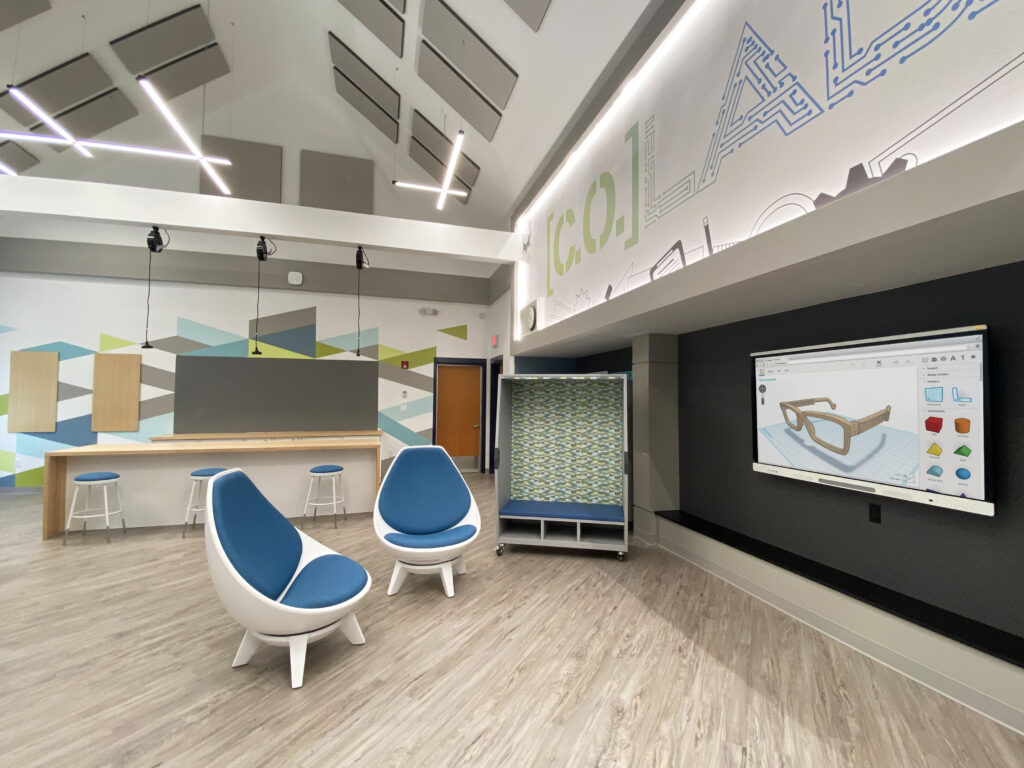 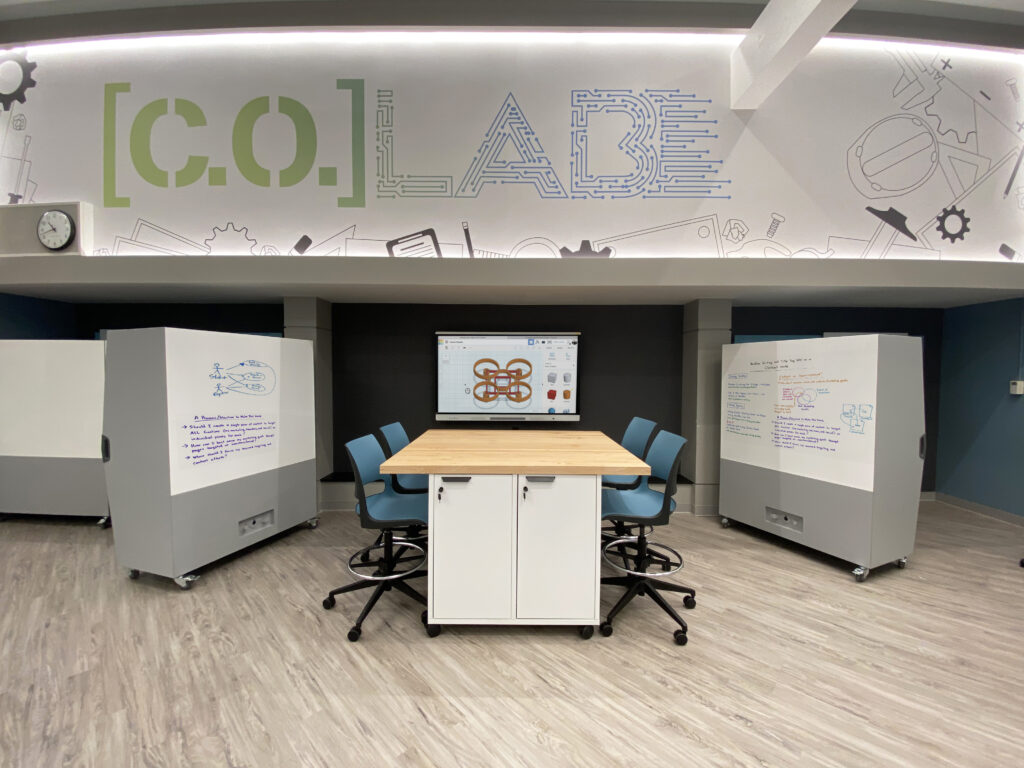 This included preserving and restoring neglected portions of the 100-year-old building envelope and three additions to expand the undersized cafeteria, entrance lobby and guidance suite. Additional site improvements were made, including the replacement of a playground, the addition of an artificial turf football field and resurfacing of the track. The project is still under construction, but portions are substantially complete and occupied. The outstanding sections are expected to be finished by early 2021.

Ross Street Elementary School in Woodbridge, New Jersey is being completely rebuilt from the ground up. Split into phases to minimize student disruption, phase one of the project was recently competed.

The new three story, 87,000 sf school is centered around a large atrium courtyard that houses a small amphitheater for outdoor lessons, several “living learning” gardens, and seating areas. With full width glass windows lining the hallways, the courtyard provides natural light and a refreshing view between classes or in breakout areas. A new Creative Commons combines the aspects of a traditional media center with a makerspace, providing a large multi-use communal learning area. Classrooms, collaborative spaces, and even the hallways of Ross Street were designed to meet the evolving educational landscape of 21st century learning. 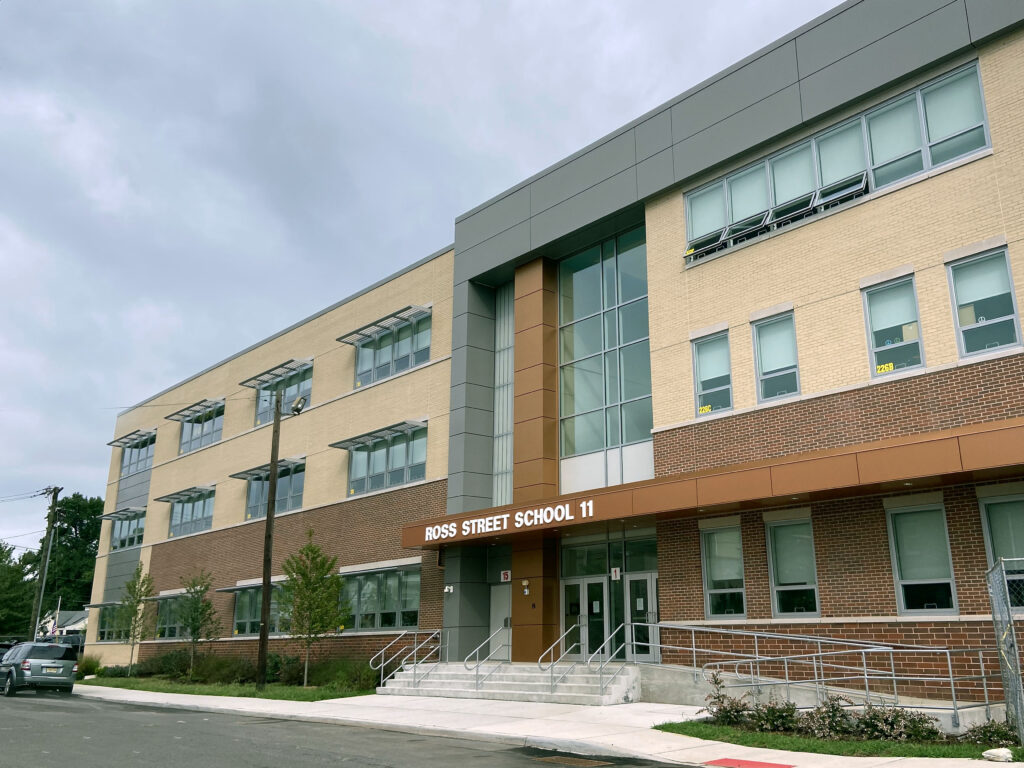 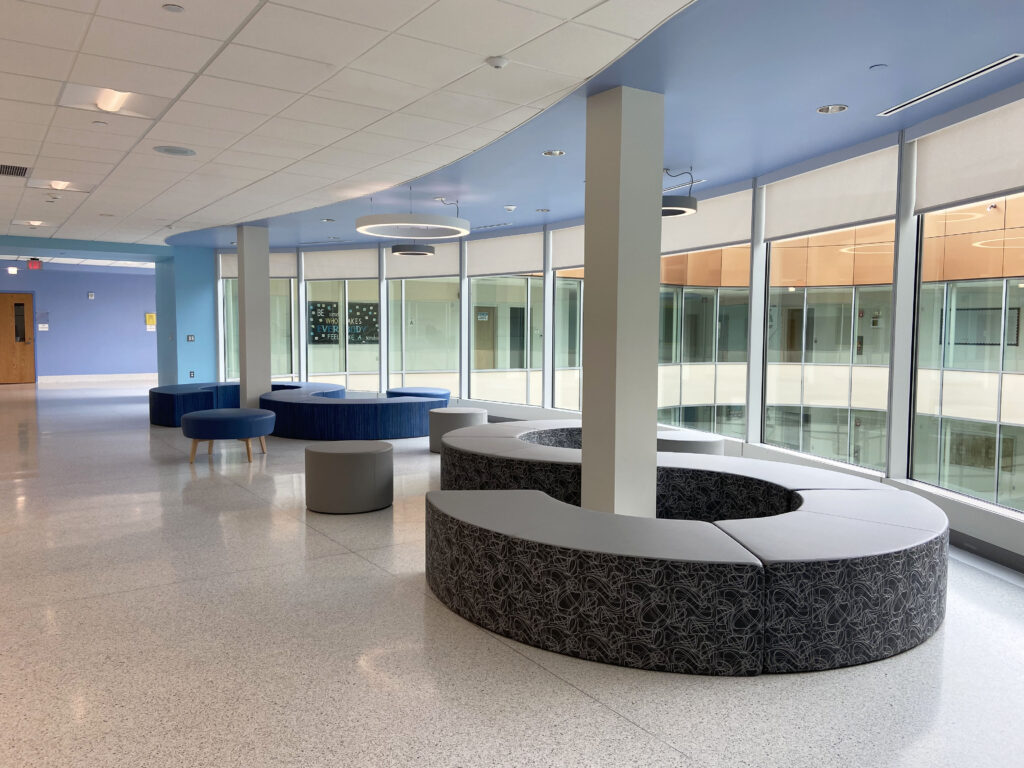 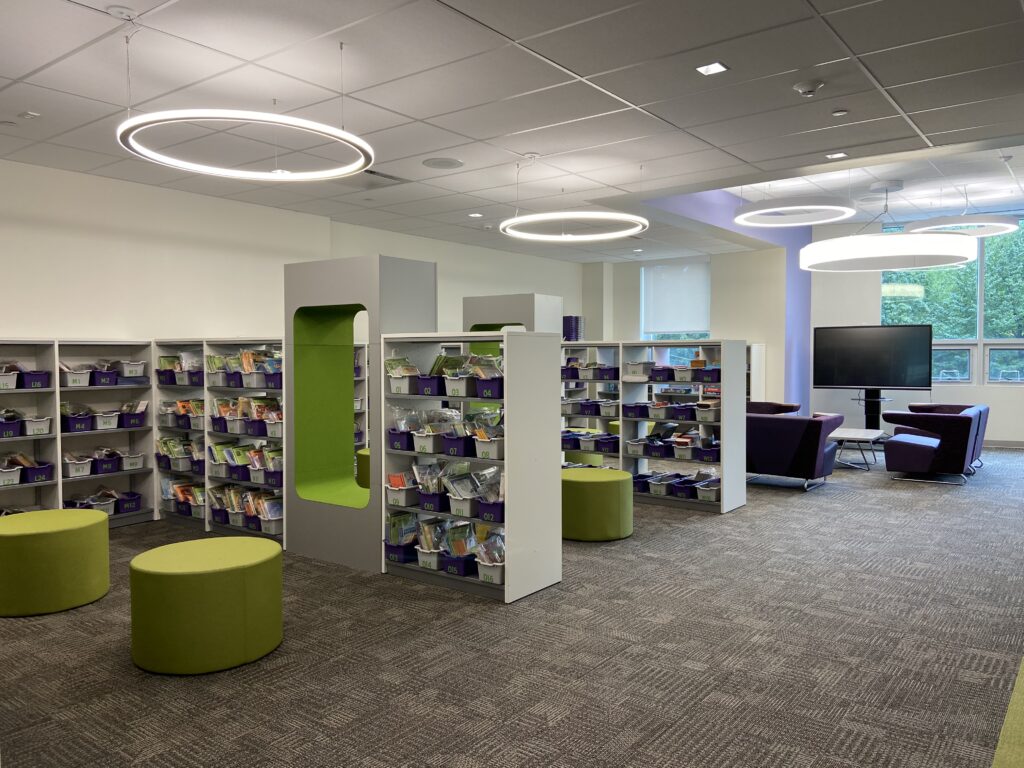 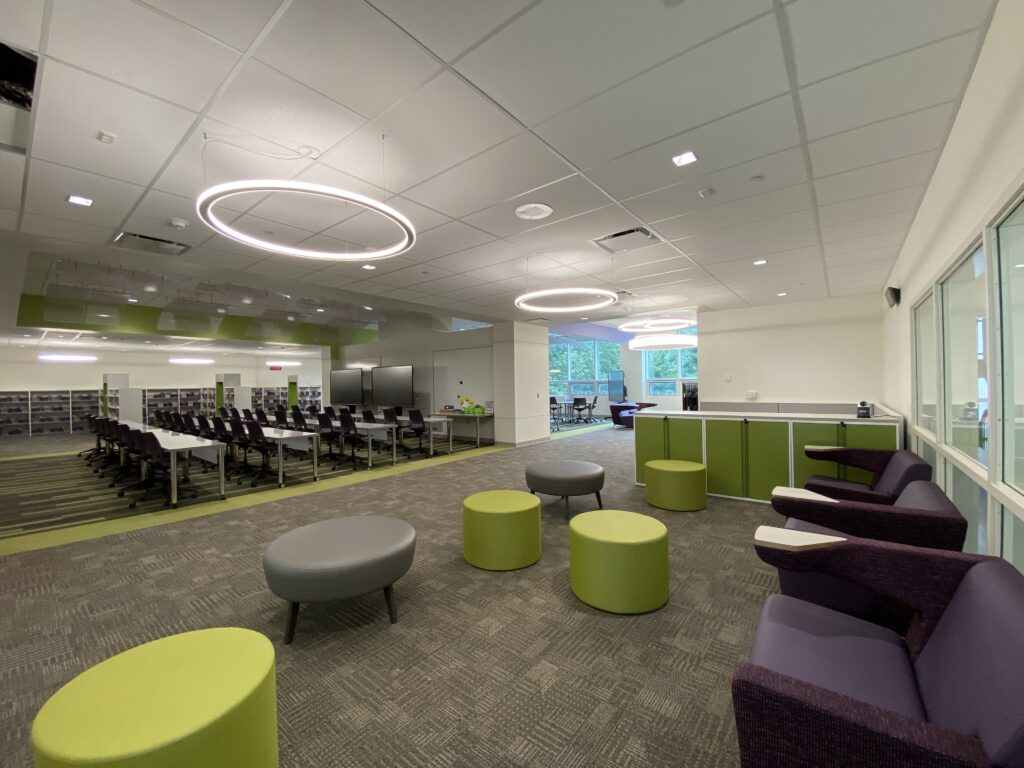 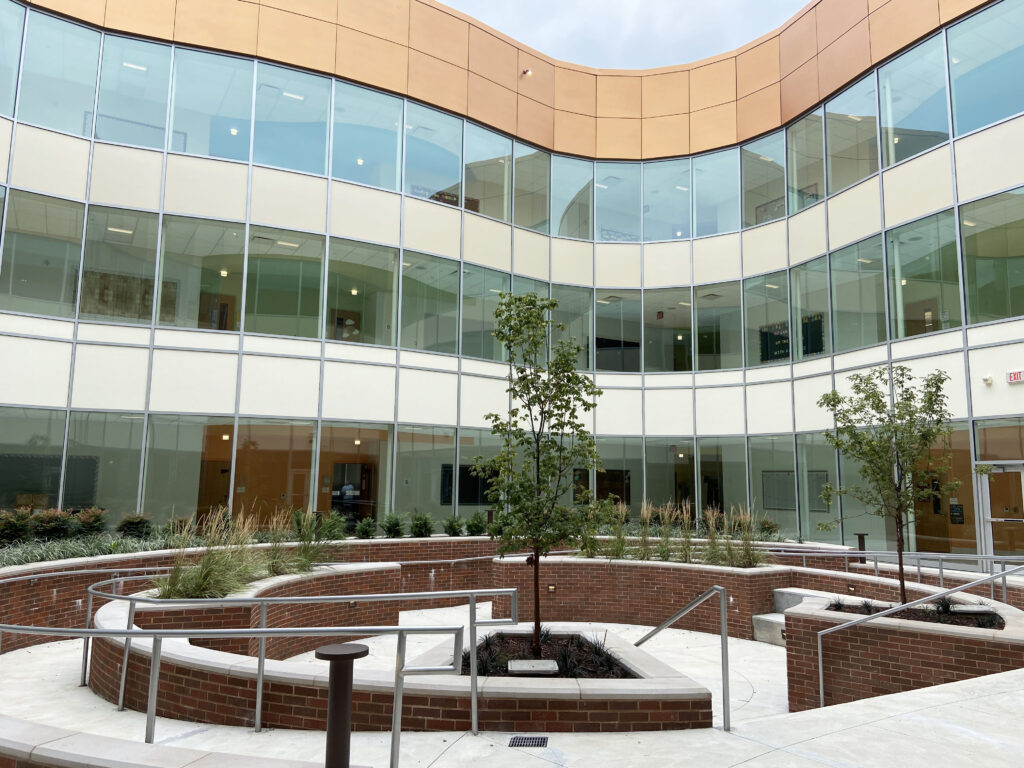 As part of a $25M referendum, LAN was hired by the Fair Lawn Board of Education to design renovations and additions to Thomas Jefferson and Memorial Middle Schools.

The additions and renovations at Memorial Middle School allowed the district to shift the fifth grades from elementary to middle school. A new STEAM Lab, nine new classrooms, a 3,500 sf Media Center, and an art room were all part of the redesign. 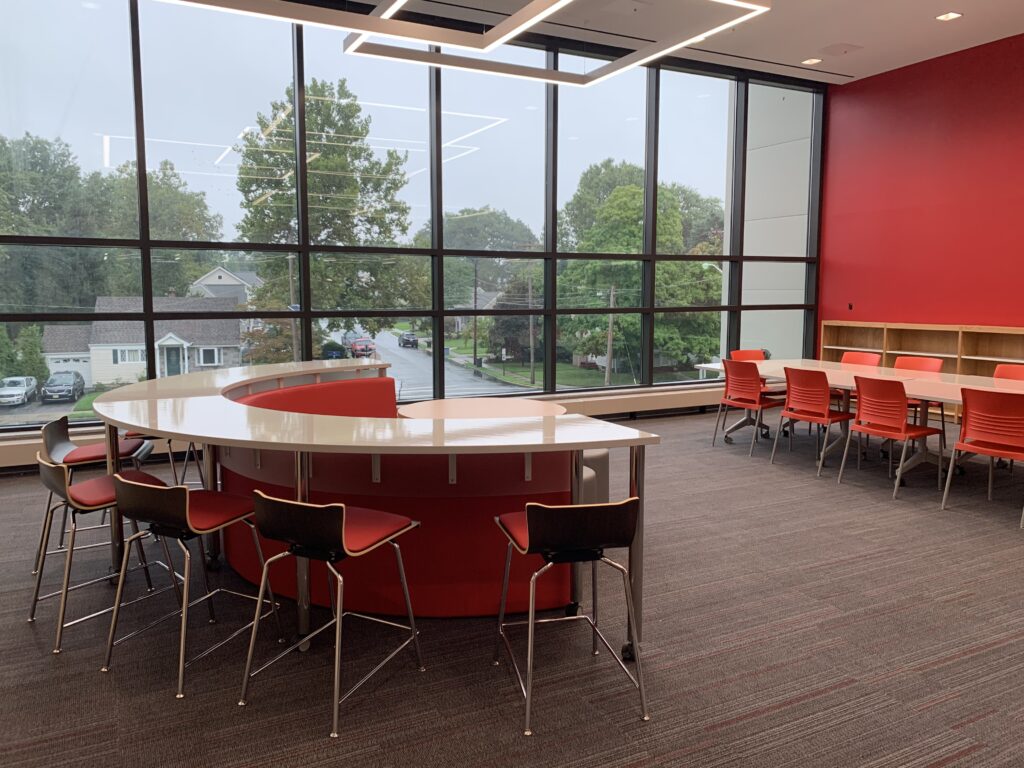 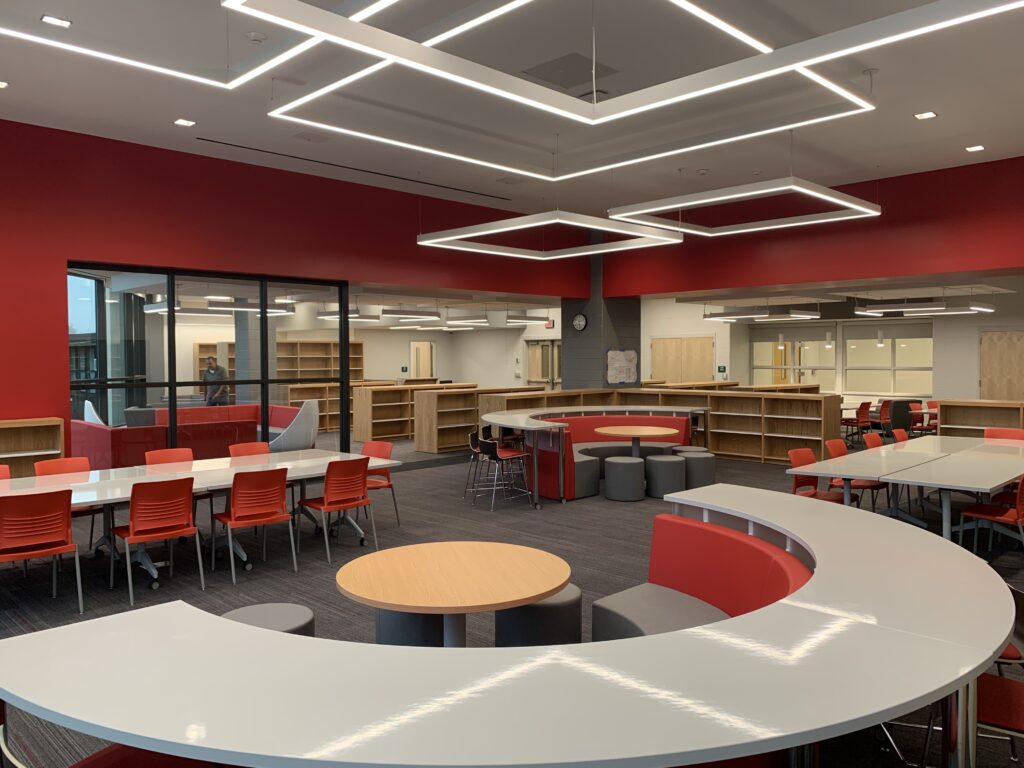 Woodbridge Middle School Wraps Up A Major Renovation and Addition

On the southern edge of the building, LAN designed a new handicap-accessible plaza to serve as the new main entrance for all guests entering the school. A large glass vestibule was added to the existing façade, creating a beacon for community events held within the space. 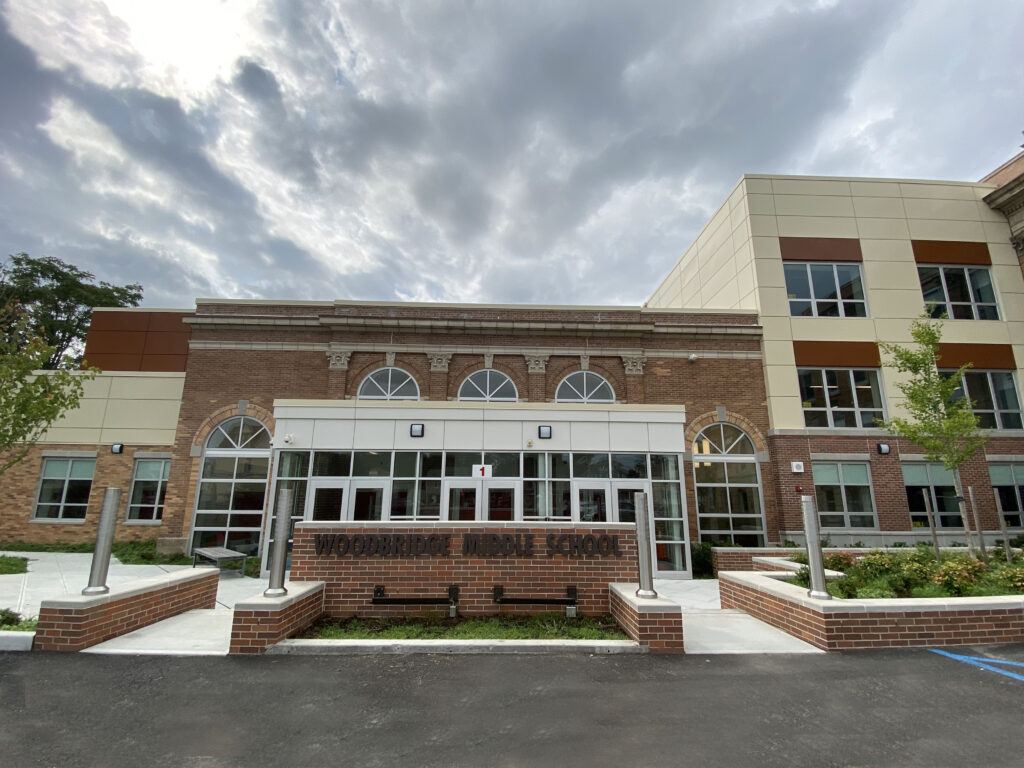 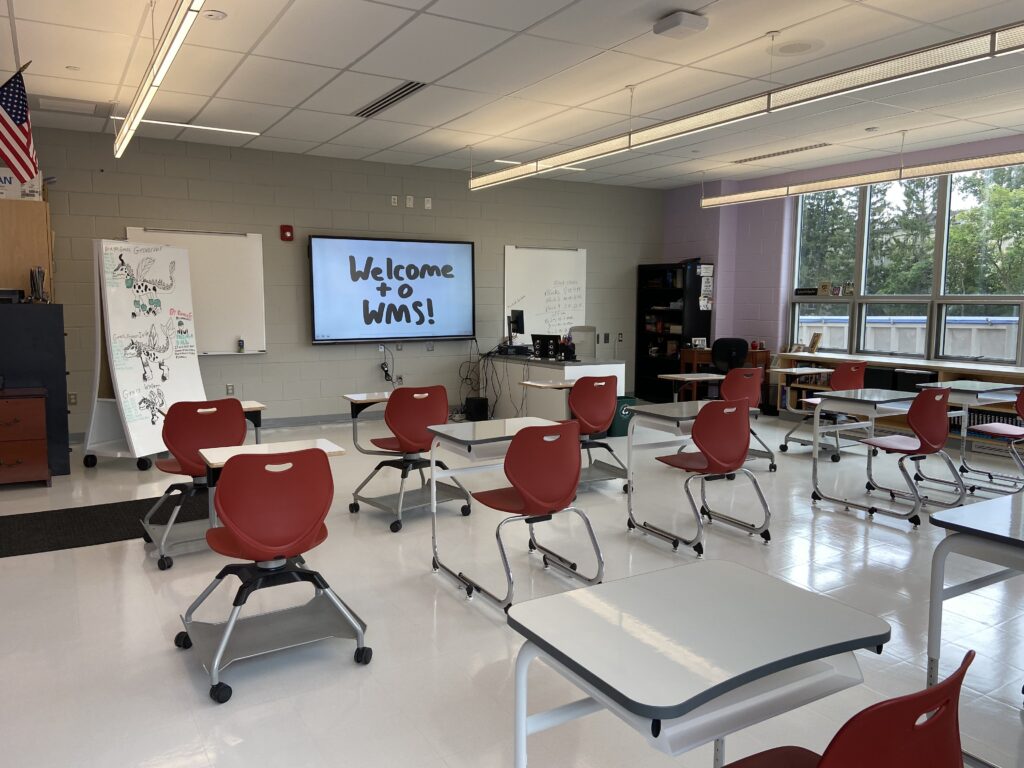 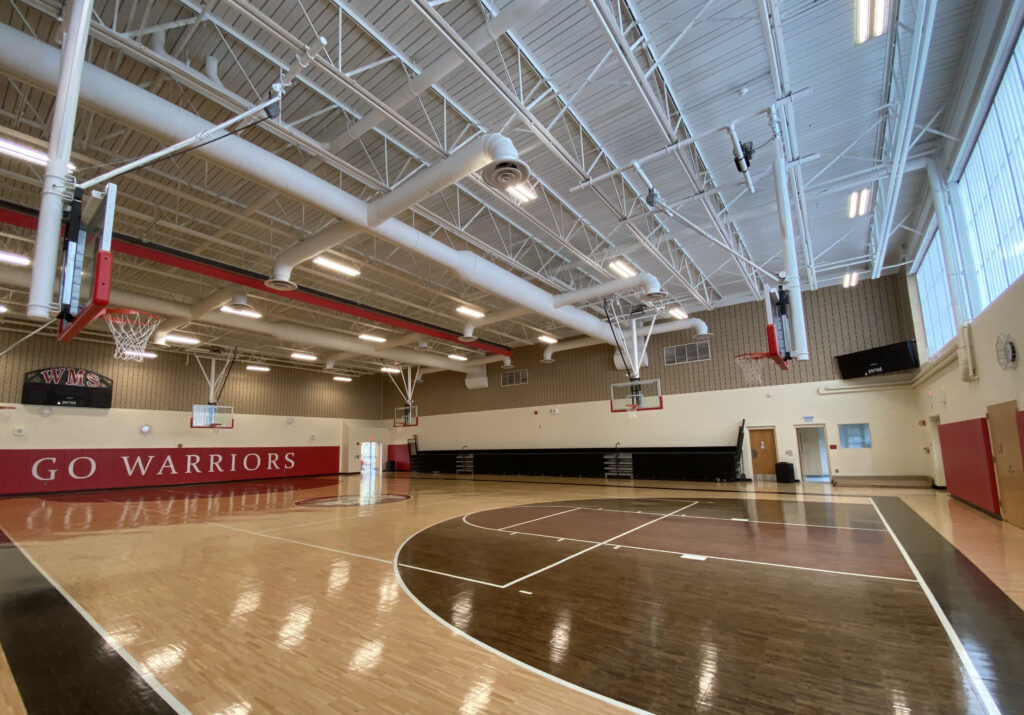 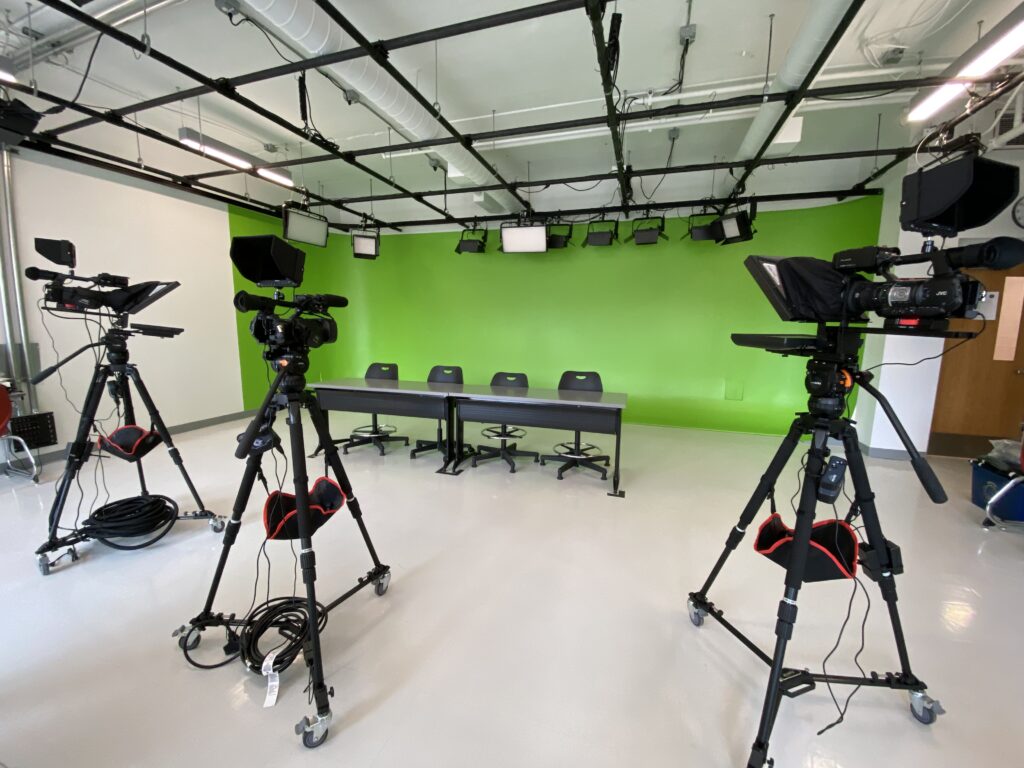 Florham Park Goes All in on Capital Improvements

As part of a referendum, Florham Park hired LAN for significant capital improvement projects that include a host of upgrades across multiple schools. At Briarwood Elementary School, a computer lab was remodeled into two classrooms and renovations were made to the multi-purpose room.  At Brooklake Elementary School, six restrooms were renovated, and HVAC controls were replaced. Both elementary schools were outfitted with a new high-performance roofing system, new energy efficient LED lighting, new ceilings, and new finish flooring throughout the buildings. Brooklake Elementary and Ridgedale Middle School had their boilers replaced with new energy efficient models.

At Hamilton Elementary School in Voorhees, LAN is converting an antiquated 1960’s school library into a modern media center. In the same town at Voorhees Middle School, the team is working on the conversion of two existing classrooms into a centralized guidance suite with offices, conference rooms, a de-escalation room, and waiting and resource areas.

Thanks for Your Dedication

COVID-19 may have forced us to rethink the school year, but it is clear districts are not going to let this disruption impact their long-term plans. Communities are still pushing forward with projects that will improve the student experience and provide a safe and healthy place to educate the next generation.