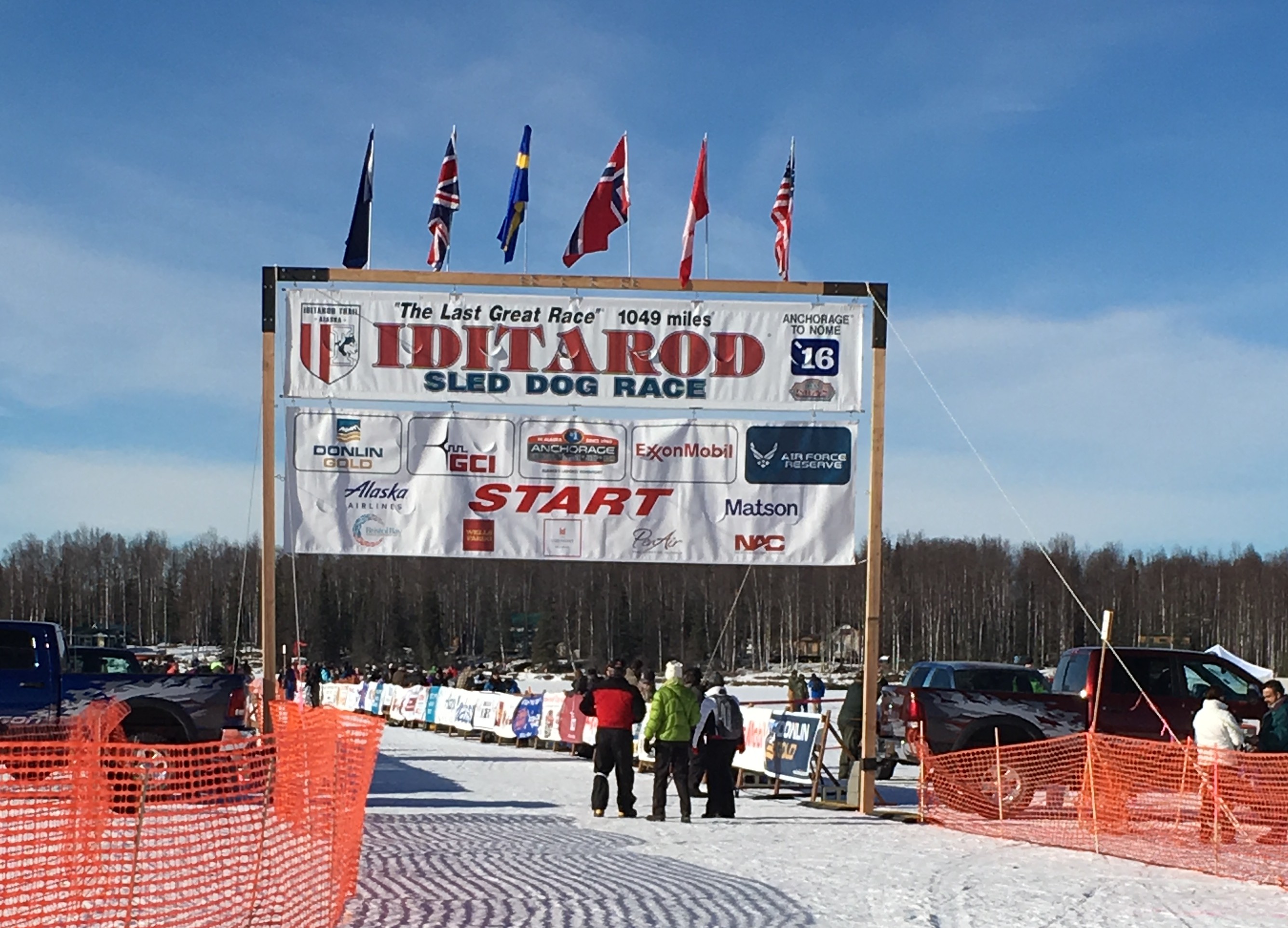 LAN’s own Ron Panicucci, CEO/Treasurer, attended this year’s Iditarod sled dog race in Anchorage, Alaska in early March.   For a state without a professional sporting team, this is Alaska’s largest sporting event.  A previous trip to Alaska in 2012, where Ron toured the Iditarod Trail Center facilities and musher’s kennels left him falling in love with no other decision but to come back for the race, and this was the year.

Running with the Reindeer 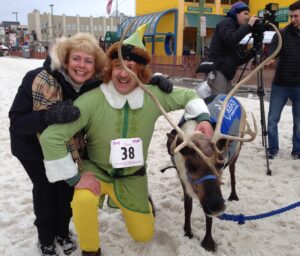 The gang also participated in the Running with the Reindeer, an activity associated with the Fur Rendezvous, a two week celebration that’s been occurring since 1935 and ends the same weekend the Iditarod starts.  Picture the videos you’re familiar with of the running of the bulls in Pomplona, Spain, but with a heard of reindeer instead.  It’s a local fundraiser for Toys for Tots involving a four block run on the Iditarod laid snow while a dozen and a half reindeer are let loose to chase you. Costumes are encouraged, so Ron donned his Buddy the Elf costume and made the local papers and several videos posted to YouTube and the Alaska Dispatch News website. 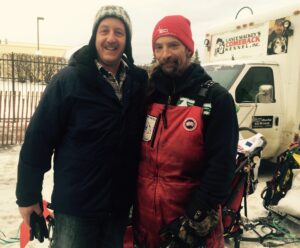 The Iditarod sled-dog race is run on a trail that was originally a mail-supply route.  The trail was named after one of the towns along the route.  In 1925, part of the trail became a lifesaving highway for the children who lived in Nome when serum was delivered via a relay of sled dog teams to halt a diphtheria outbreak.  The Iditarod race began as a commemoration of that historic event. The race is nominally 1049 miles consisting of an approximately 1000 mile trail with 49 added for Alaska being the 49th state of the union.

Mushers have been running the race annually since 1973. Thirty-five mushers attempted the first race, but only 22 finished. The first Iditarod winner took 20 days to complete the race.  Over the years, mushers and their dogs have gained confidence and speed. This year, 85 mushers participated, both male and female, ranging in age for approximately 25 to 65, quite a spread.  This year, Dallas Seavey won his fourth championship in 5 years finishing in 8D, 11H, 20M, 16S

Giving Back to the Community 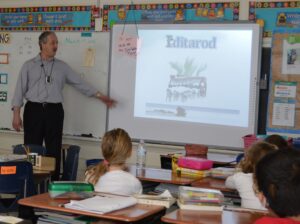 Being very passionate about his travels and the Iditarod race, Ron landed an opportunity to share his story with a Midland Park third grade elementary school class that recently studied about the Iditarod from the Scholastic News educational publications.