Kim Vierheilig Appointed to the New Jersey State Board of Architects 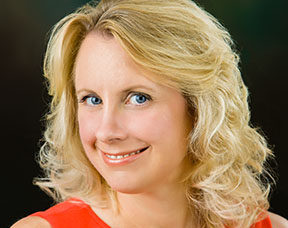 Kim V. Vierheilig, AIA, LEED AP BD+C, Vice President of LAN Associates, has been appointed to the New Jersey State Board of Architects by NJ Governor Chris Christie. Ms. Vierheilig was sworn in on December 14, 2017. Her term ends April 29, 2021. The Governor’s Appointment’s office expressed their confidence in Kim’s ability to fulfill the duties and responsibilities of this position with diligence and integrity.

The filling of this vacancy on the State Board has been long awaited by the architectural community, and so this announcement was met with great satisfaction. AIA NJ President Elect Verity Frizzell, AIA, expressed her confidence and congratulations upon hearing the announcement while current President Ben Lee, AIA, immediately shared the news with the executive board.

AIA NJ Past President Stacey Ruhle Kliesch, AIA, has worked alongside Kim Vierheilig since they were in school together and during their years serving the Architects League and AIA NJ, released the following statement,

“Kim Vierheilig, AIA, has always presented herself with confidence, professionalism and grace,” said Stacey Ruhle Kliesch, AIA. “She is recognized throughout the industry as a fair and thoughtful leader. She is respected by AIA members as a female icon of the successful Architect. I am so pleased to hear of her new appointment and know that the good people of the Garden State will be well served by my colleague.”

According to the NJ State Board of Architects, the Board is responsible for protecting the public’s health and safety by determining the qualifications of architects seeking licensure in our State, establishing standards for practice, and disciplining licensees who do not adhere to those requirements.