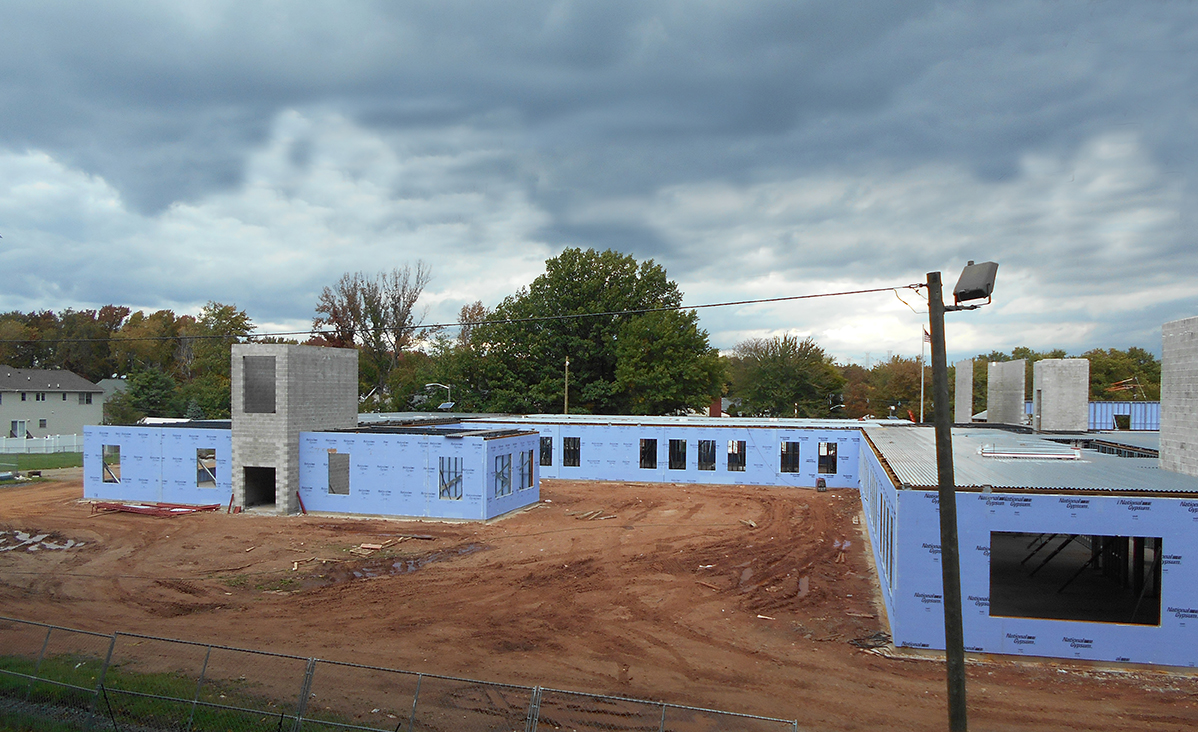 President Ken Karle on the progress of James Monroe, “We are excited about Edison’s new James Monroe Elementary School, a 67,000 square foot state-of-the-art facility.  Our top priority is to return students back to their own school by the beginning of the September 2016 school year.  Cooperation with the Edison Superintendent Richard O’Malley and Board of Education has been a key component attributed to this goal.”

The new $28 million James Monroe Elementary School is starting to take shape with first-floor walls already in place and walls for the second floor scheduled to go up within the next two weeks.

“The job is moving along quite well,” said Kenneth Karle, president of LAN Associates, the Midland Park-based architectural firm that designed the school. “The entire first floor is framed.”

The new school, scheduled to open by September 2016, will replace the 1960s school that was destroyed in a six-alarm fire on Saturday, March 22, 2014, when the school was closed.

Karle said parallel construction walls were built in sections off site and brought to the 7 Sharp Road site on trailers and then installed in about a week. The roof on the first floor also is expected to be installed in a week or two.

“Our goal is to get the building enclosed by winter,” said Karle, adding that would allow for work to be done inside the 67,775-square-foot structure throughout the cold weather months. He is hoping to have building completed by July 2016 to allow a month for everything to be set up before the 2016-17 school year begins. 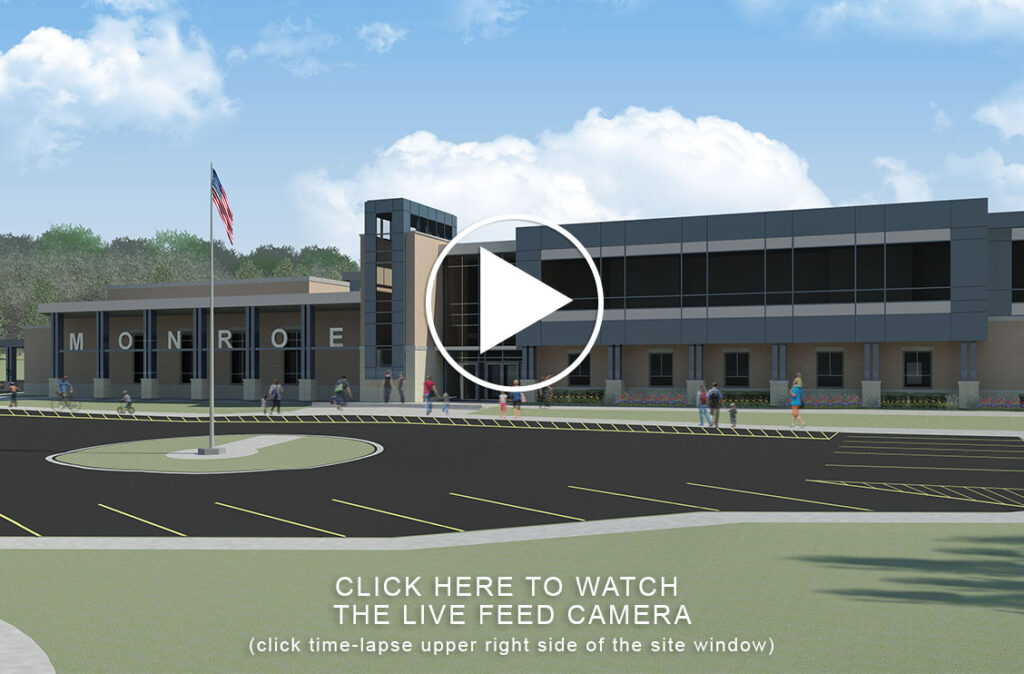 The former school was constructed at a time when building codes did not require fire sprinklers. The old school also had a wooden roof deck.

Karle, however, said the new school will have no combustible materials, other than perhaps some molding. If ever there was a contents fire, it would not spread to the rest of the building.

The new school also will have a complete fire sprinkler system, as well as a fire detection intelligence system that will alert firefighters to specific areas of fire in the building such as a particular classroom. He noted that there are three exits from any part of the building.

Karle said the building will have emergency power and an emergency generator, as well as safety lights.

The new gym and cafeteria, with about 10,000 square feet, has been set up to have 100 percent power to serve as an community evacuation center with space for cots, bathroom facilities and kitchen, similar to the ones used during superstorm Sandy. He said the area can be blocked off from the rest of the building.

Karle said the emergency power and generators are being put in many news schools and major school additions because schools serve as natural community centers.

Other safety features include security windows that are tough to shatter and locks controlled from inside the classrooms. The building also will be barrier free for wheelchair access.

The whole school will be air conditioned. Karle said installing air conditioning in new construction is much less expensive than retrofitting it into an existing building.

Besides the sprinklers, gymnasium and cafeteria, the school also will have a media center, music rooms and six additional classrooms for the school’s nearly 500 students who are attending the former St. Cecelia’s School in the Iselin section of Woodbridge.