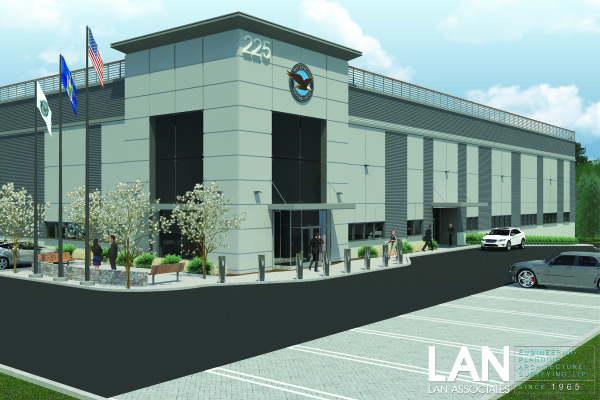 For the past two years, LAN has been working closely with Pratt & Whitney, A United Technologies Company, and Advanced Coating Technologies, LLC, a division of Pratt & Whitney, on the development of a 95,000 square foot production facility to be utilized to apply high performance, specialty ceramic coatings to aircraft engine components.  The facility has been designed to meet these demands in part to support the equipment requirements needed for the state of the art processes which will use the latest technology available to apply ceramic coatings to aviation engine turbine blades and other parts.

LAN’s services have included architectural and engineering design as well as local planning board and building department approvals and DEC environmental permits.  Architectural services included the renovation of the existing building to not only house the new processes, but to upgrade the building façade, entry lobby and office areas to the client’s corporate standards. Engineering services have included civil engineering of various site improvements, structural modifications for sophisticated machinery, mezzanines and cranes, bulk industrial gas storage facilities, electrical design to upgrade the service and distribution system to deliver up to 17.5 megawatts of power and mechanical design for not only general HVAC requirements but for process cooling water demands.

LAN is also coordinating with Advanced Coating Technologies, LLC and the US Green Building Council to integrate green design practices to work toward achieving LEED Gold status for the new facility.  One of the notable green design concepts incorporated into the new project is a rainwater harvesting system where all stormwater runoff from the building roof is captured, treated and used for cooling water make-up.

Pratt & Whitney’s new state of the art gear system separates the engine fan from the low pressure compressor and turbine, allowing each of the modules to operate at their optimum speeds.  This enables the fan to rotate slower while the low pressure compressor and turbine operate at a high speed, increasing engine efficiency and delivering significantly lower fuel consumption (15%), emissions and noise.  This new engine has been recognized by Popular Science Magazine with a 2009 “Best of What’s New Award.”  It has also received the 2009 Aviation Week Laureate Award for outstanding achievement in Aeronautics and Propulsion.  Pratt & Whitney’s anticipates selling over 10,000 of these new engines. 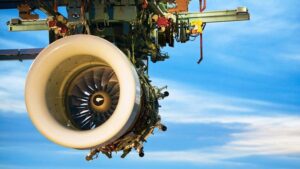