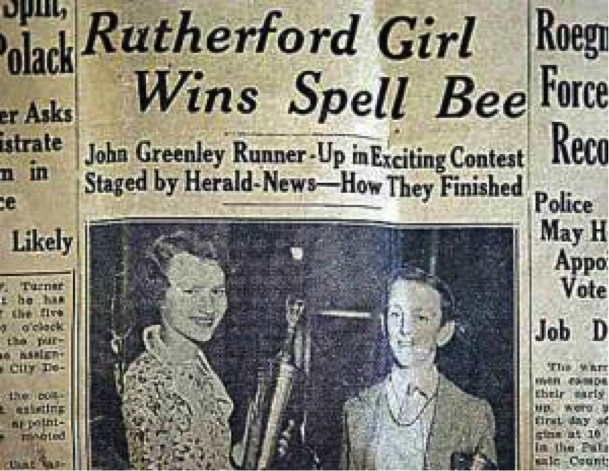 As an engineering student, my school work was focused on letters like x, y and z and an assortment of Greek letters. I was tied up on formulas and calculations, and these letters were rarely put into words. As a result, writing and spelling were on the back burner. Little did I realize that I would pursue a career in the service industry and end up spending over 30 years writing memos, reports, proposals and even letter and articles such as this for widespread distribution. Boy, spelling and writing sure became important to me quickly. Then, as I recognized that these communication skills are paramount to success in the business world, I watched tools such as spellcheck and autocorrect that finish words for us and the assortment of text messaging acronyms and abbreviations that take the place of proper English erode our abilities. As I gained a real appreciation for the importance of spelling and communication skills, I find it fitting that for the past several years; I’ve looked forward to attending the North Jersey Spelling Bee championships. Those around me for the week or two leading up to the event know that I hype it up as if it were the Super Bowl. The reality is, it is a Super Bowl in its own way and one that warrants much more recognition.

For the past ten years, LAN has been awarding a college scholarship to the winner of the North Jersey Spelling Bee. The North Jersey Spelling Bee is a community service program of the North Jersey Media Group Foundation, the charitable arm of North Jersey Media Group, publisher of The Record, Herald News, NorthJersey.com, and numerous weeklies and magazines serving northern New Jersey. Because LAN serves as architects and engineers for many school districts throughout New Jersey, it is fitting to sponsor a scholarship fund to further encourage students to participate in the spelling bee. It is extremely rewarding to review the program of participants and pick out students from schools in which LAN has worked.

However, besides our connection with many school districts, LAN has an even bigger connection with the Bee. LAN offers the scholarship in honor of Margaret Karle Schak, the aunt of LAN’s President, Kenneth H. Karle. Margaret Karle Schak was the first North Jersey Spelling Bee winner in 1935 whose special gift for spelling translated into a lifetime of personal accomplishment and community service, and would later become the Mayor of Rutherford, N.J. As the winner of the first North Jersey Spelling Bee, Mrs. Schak traveled to Washington for the national finals. There she had the opportunity to meet President Franklin D. Roosevelt. Mrs. Schak attributes much of her success in life to her experience with the spelling bee stating “It made me self-confident, much more than I was at 13”. Mrs. Schak won the first North Jersey Spelling Bee of the final words “ukulele,” “conjurer” and “annulled”. Shortly thereafter, she traveled to Washington and placed 13th in the national bee.

There’s a great lesson to be learned from this article. The ability to spell gave Mrs. Schak the confidence to go on to become mayor. I often preach that to be successful, it’s not what you know, but how you present it and how you present yourself. So the next time you rely on spellcheck or autocorrect or even think about using a texting acronym, consider writing out the full words and spelling them word correctly yourself. The success of your future could depend on it.