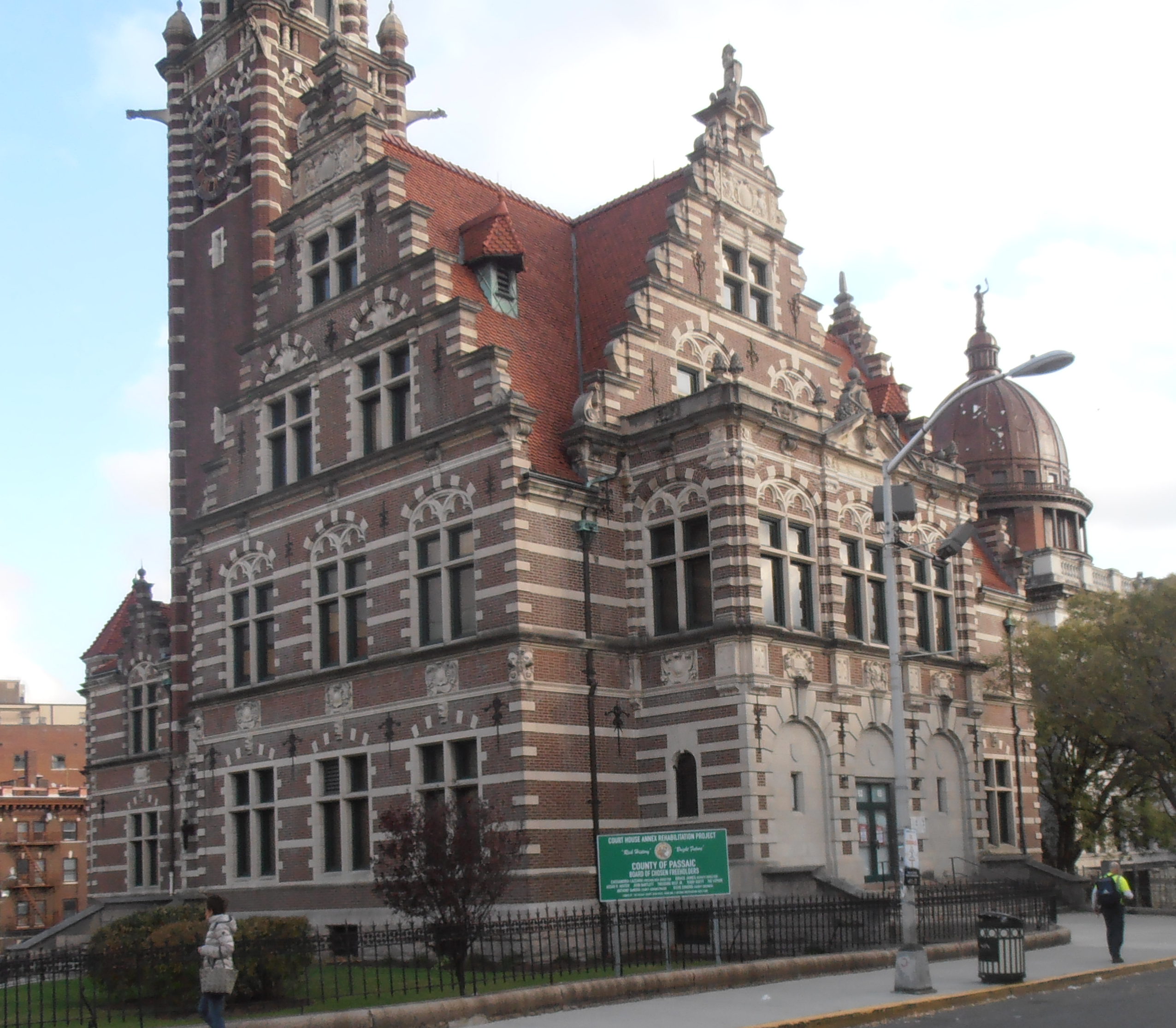 “The project is currently undergoing asbestos abatement and demolition,” said Peter Manouvelos, Director of Architecture at LAN Associates.  “The renovations of this historic landmark will preserve the vintage building while consolidating New Jersey Courts System in one complex.”

The Passaic County Board of Chosen Freeholders awarded the $8 million contract to renovate the annex in June of 2017.  The rehabilitation is being funded through the Passaic County Open Space, Farmland and Historic Preservation Trust Fund.  The restoration and rehabilitation of the Court House Annex is part of Passaic County’s objectives for revitalizing its parks and landmark buildings, as well as, an initiative to invest in preserving and reusing its historic structure.

“The Board and I are thrilled to see the progression of this project. The Courthouse Annex is a significant landmark in the City of Paterson,” stated Public Works Committee Chairman Theodore “TJ” Best.  “Our initiative to invest in preserving and finding new creative uses for historic buildings has cultivated the rich history of Passaic County.”

The Passaic County Courthouse Annex was built in 1899, recently being placed on the National and State Registers of Historic Places in 2015.  The building was designed in a masonry Flemish Renaissance Revival style.  It was originally used as a United States Post Office until 1936 when Passaic County rededicated the building as an Administration Building.  The building has been closed to the public since 2011.

“Passaic County has grown its stewardship for the preservation of unique structures from the reopening of Lambert’s Tower, the restoration of the Dey Mansion, the renovations and revitalization of several Olmsted-designed parks, and now the Passaic County Court House Annex,” said Kelly C. Ruffel, Head of Cultural and Historic Affairs at Passaic County. “The Court House Annex, formerly the US Custom House and Post Office, contributes to the changing tide in the design of public buildings by the turn of the century. It is an excellent illustration of high artistic value, and most likely the best example of a Flemish renaissance revival style structure in the United States.”

LAN recently worked with Passaic County to restore the historic Lambert Tower located on Garret Mountain Reservation.  After being closed for nearly forty years, due to structural deficiencies and vandalism, the 2014 renovation provided Lambert Tower with much needed repairs and new LED lighting, making lights visible to surrounding communities.

The Courthouse Annex renovations are intended to preserve the historic character of the building while providing functional court and office spaces.  The Courthouse Annex will house various offices for the Passaic County Vicinage Family Probation Division, which includes the Grand Jury Room, a Hearing room and the Child Services Probation offices.  The renovations are scheduled for completion in October 2018.