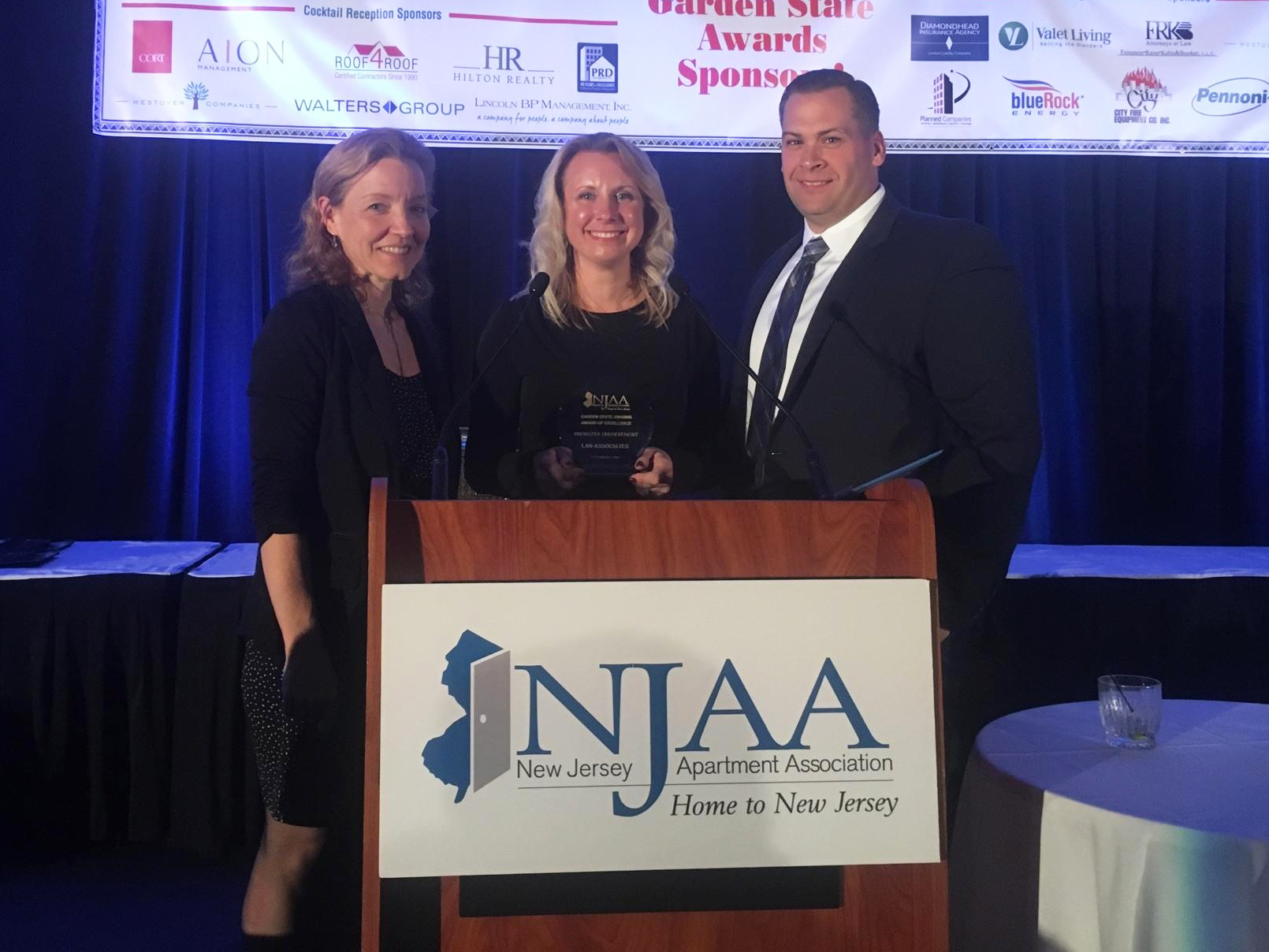 Judged by a panel of multifamily (apartment) industry experts from New Jersey and beyond, the celebrated achievement distinguishes LAN Associates as one of the most exceptional professional service experts in the state.

“The caliber of this year’s winners is a true reflection of the level of professionalism our members bring to New Jersey’s apartment industry,” said David Brogan, Executive Director of NJAA. “This award is direct recognition of LAN’s commitment to resident satisfaction and professionalism.”

LAN Associates received its award at the Monte Carlo-themed NJAA awards gala. The gala was held at Ocean Place Resort and Spa in Long Branch, N.J, where members of the LAN team accepted the award.

“On behalf of LAN, we would like to thank NJAA for this exceptional acknowledgment as being named for our industry involvement in New Jersey,” said Kim Vierheilig, Vice President of LAN Associates. “Our efforts over the past several years have focused on increasing awareness in the multifamily industry. It is rewarding to see that we are making steps in the right direction.”

The Garden State Awards are presented on behalf of the New Jersey Apartment Association, the premier trade association representing all facets of the multifamily housing industry, including market rate and affordable housing owners, managers and developers, as well as suppliers. NJAA’s membership owns and manages over 200,000 apartments, providing quality housing to a population of over one million in New Jersey.